In Grade 4, grammar increases in complexity with further rules for children to learn. They also need to be able to follow these rules to ensure their writing is accurate in expressing their ideas, and contains sufficient grammatical variety to retain the reader's interest.

As always with young children, it is important to break down each skill so that they can practise using new them in manageable chunks. To help you navigate Grade 4 grammar, we’ve compiled the following information and tips so that you can help your child attain fourth-grade standards.

Grade 4 grammar covers all of the following:

Pronounscan be used in the place of nouns to avoid repetition and provide a short way to refer to someone or something that has already been introduced in a sentence.

These are some of the most commonly used pronouns:

Practice Tip: Challenge your child to complete quizzes, like the one pictured below, on nightzookeeper.com that test their knowledge and understanding of relative pronouns.

Relative adverbs introduce clauses that tell us more about the where, when, or why in a sentence. There are three relative adverbs:

Progressive verb tenses describe actions that are ongoing. They are formed by adding the suffix -ing to a verb. 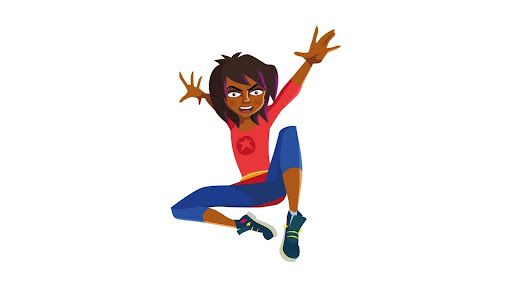 Practice Tip: On nightzookeeper.com, quizzes like the below give children the opportunity to practice identifying which progressive tense a sentence uses.

Modal auxiliary verbs are used to express the possibility of future actions. They are sometimes known as helper verbs because they help a verb by adding additional meaning. There are ten modal verbs:

When describing a noun using a number of adjectives, the adjectives should be in a particular order to help the sentence make sense. Most native English speakers learn this intrinsically when they begin to form sentences as infants.

Practice Tip: Sea Lion sentences is a fun nightzookeeper.com game that helps children to learn and practice the correct order of adjectives within a sentence.

A prepositional phrase is a group of words that begins with a preposition and ends with the object of the preposition. They tell you more about a noun or a verb within a sentence. They often tell you where or when action is taking place.

Will found the cat hiding under the table.

Nightzookeeper.com is a program where children can practise their grammar, spelling and vocabulary skills. There are hundreds of grammar games and challenges for children to use when practising their skills in this area.